Ethan attended a sports camp at the local rec center for the last couple of weeks. Although I was really into sports as a kid, I've never pushed it on my kids and I won't. I'll introduce them to all kinds of things and let them choose what they want to do. Ethan does have many talents and I wouldn't exactly call him a "sporto". But he's expressed interest in various sports lately so I signed him up for this camp. What you have to know about my son is that if he's not interested in something he's as stubborn as a mule and won't do it. So, the first day went awesome, total participation. The second day I dropped him off and ran errands at Target (next door, perfect opportunity) while he did his thing. I went to go pick him up and the instructor told me he sat out the whole time and refused to play. Ethan told the guy he was feeling "under the weather" that day. Very Ethan. Then in the car he's like "Mom, where were you?" I told him I went to Target. "You can't just leave me and go to Target, I was freaking out". I asked him if that's why he sat at out. He told me yes, so I felt bad. So Lilly and I sat in the gym and watched him in all his glory every day. Ethan participated but occasionally got a little off focus. He made sure that part of his exercise routine included break dancing in the middle of the gym while singing "Smooth Criminal" for everyone. The instructor kindly told me that I might want to sign him up for creative dance, they offer that at the rec. Lovely. 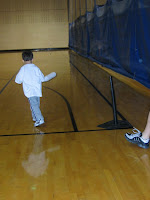 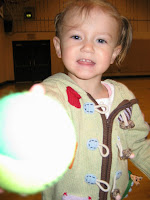 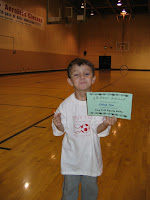 one question: what's a "sporto"?

What a funny boy! Do you ever watch So You Think You Can Dance? It starts this May! You should totally sign Ethan up for it, it's not what it used to be. Hey next time you go up to you in-laws have Susan invite us up (I know totally tacky to ask that) but we would love to see you guys, and Peter too.

Hey Amber! Good to hear from you. Ok, I know you're an English teacher, don't expect to find "sporto" in the English dictionary. It's just a nickname for someone who's really likes sports. Like a jock but more so.

I hope that answers your question sassparilla:) Susie