Growing up it was always a tradition in our family to go see The Nutcracker at Christmas time. I am so excited to have sweet little girls of my own to share this wonderful tradition with. My friend Tiffany and her girls joined us and we had a fun time. The ballet was beautiful and the costumes were gorgeous. I was concerned Lilly would get bored because she's 3 and it's a long ballet. She did great and didn't get antsy until the last 20 minutes, and even still she was very good. I think my favorite part of the show was watching her reactions to some of my favorite dances. I got tickets to the Sugar Plum party which was so cute. After the ballet we went on stage and met some of the dancers and checked out some of the props and had cookies and punch. They even gave Lilly a little nutcracker for which she's still carrying around. 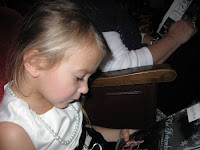 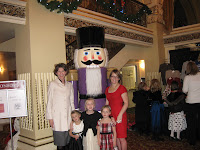 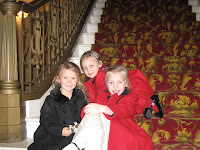 We covered it all this weekend...

Ryan and I both love the arts and we hope our kids have an appreciation for some element of performing arts they grow up. And as parents it's our job to expose them to this wonderful world in hopes of finding something they enjoy doing and supporting them as they develop their talents, whatever they shall be. Right now Ethan want to be a rock star, that definitely remains to be seen, lookout Simon.

Our little Lilly wants to be a ballerina. She couldn't start until she was three and so she started this fall. She's loves it so far and this weekend she had her first recital, The Nativity Ballet. She was a sheep. The whole performance was actually really inspiring, these little girls are really talented (ages 3-7). Lilly's group of sheep were the youngest, they were just happy to be on stage strutting their stuff. Olivia even made an appearance, she had a solo right after Lilly's group left the stage...bad Mommy moment. It was actually hilarious, I would have snapped a picture except that I was frantically jumping up on stage to grab her. She just wanted to be a part of the show, poor girl. Anyway, here's Lilly as a sheep.

We snapped this one before we left. She didn't have her costume on yet. When I say "strike a pose", she does this: 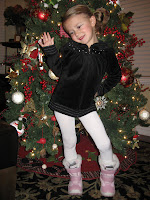 Waiting to go on 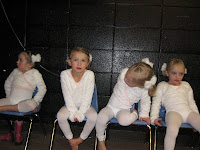 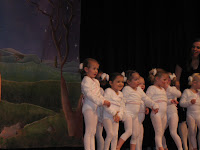 Yes, that's the baby Jesus she's holding ever so gently. 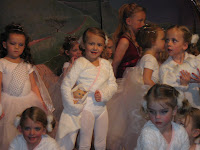 Here's a little sample of Lilly as a sheep:

The laughing at the end is for my daughter Olivia (16 months), making her dancing debut on stage. I cut the camera and ran up there fast as lightening.

...inside and outside! It's been super cold here in Utah and we've spent some quality time indoors getting ready for Christmas. This has been the first year the kids have really taken to decorating the house for Christmas. They hung the stockings and trimmed the tree. It's always interesting to see where they'll place things. Most of our decorations were clumped together at the bottom of the tree and found snow globes and figurines places in some really interesting places throughout the house. All and all the kids did a great job and I was happy to have their help. I love to watch their excitement during the Christmas season. Everything is so magical to them and it's sweet to see their love for the Savior and for the Christmas season. 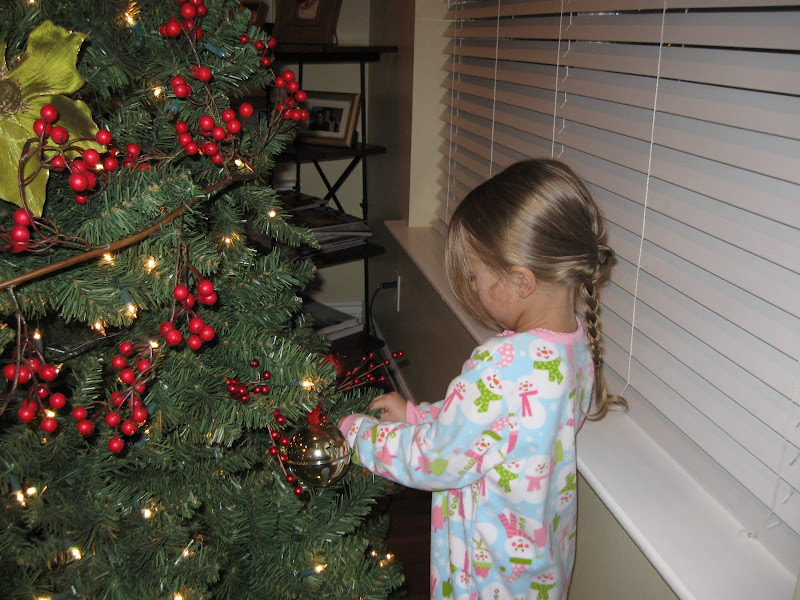 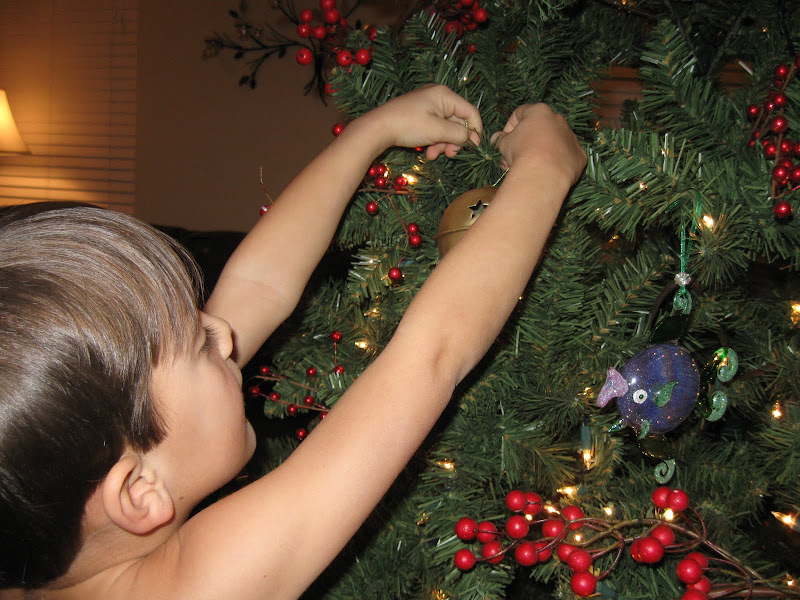 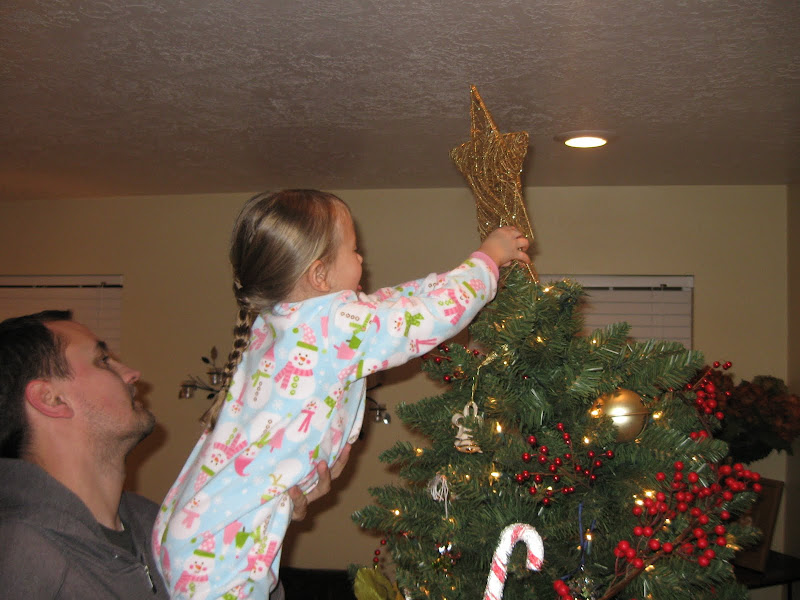 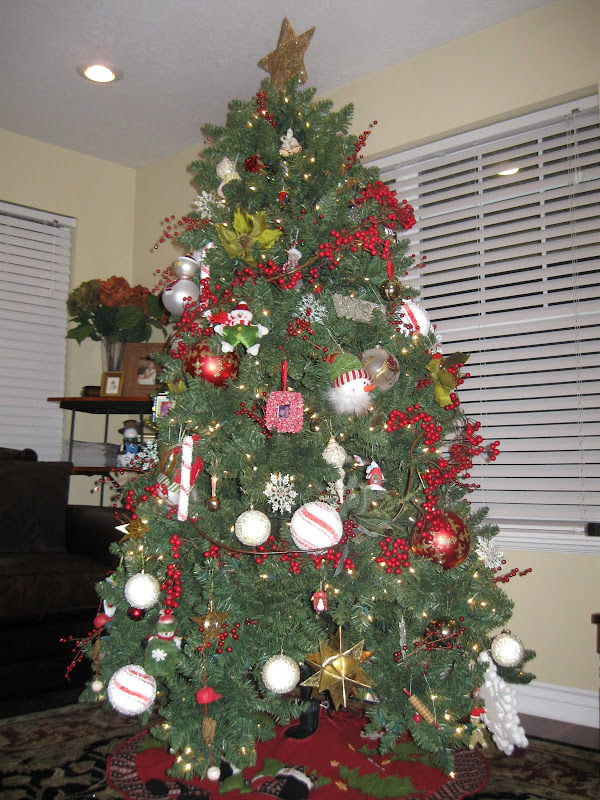 They got all bundled up to go play in the snow...that's when outside temperatures were a acceptable 30 degrees, we've since had tons more snow and the average for the day is about 1 degree, no joke. 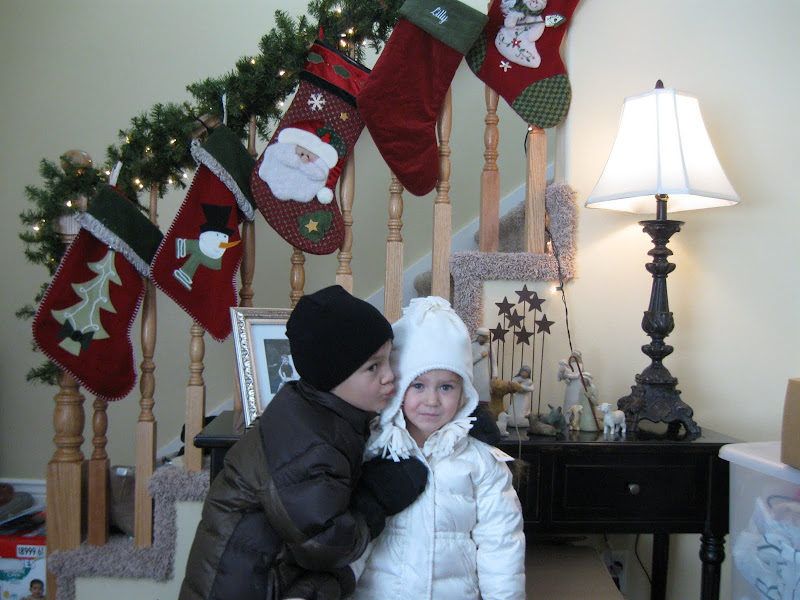 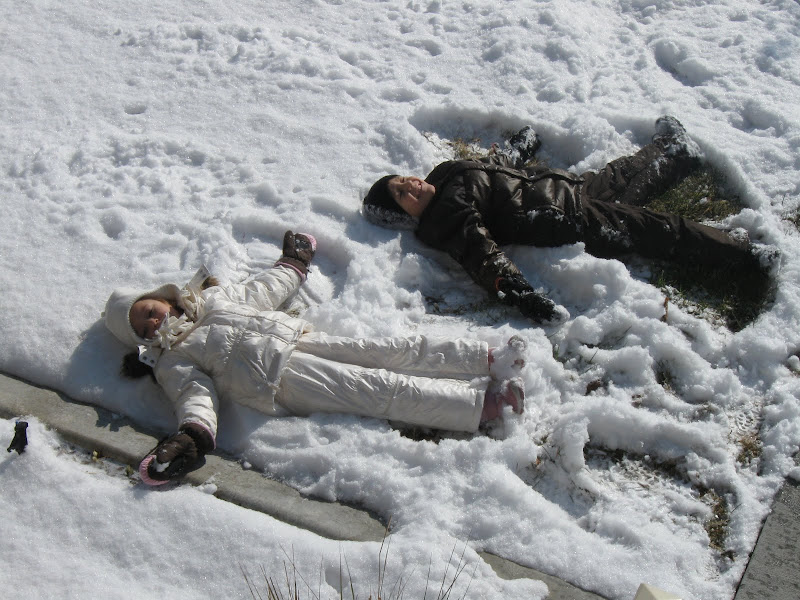